On Saturday night, the UT family sent the Class of 2014 off in Texas style. Featuring world-class speakers, music, and fireworks, it was an evening our newest 8,686 Texas Exes will never forget. 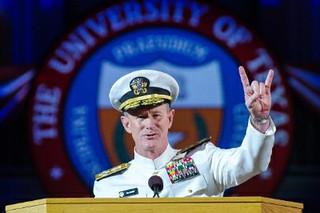 Our keynote speaker was Distinguished Alumnus and commander of U.S. Special Operations, Admiral William McRaven, BJ ’77. In a no-nonsense and very engaging speech that catalogued the hardships and lessons of Navy SEAL training, he told our graduates:

“Know that life is not fair and that you will fail often, but if take you take some risks, step up when the times are toughest, face down the bullies, lift up the downtrodden, and never, ever give up – if you do these things, then the next generation and the generations that follow will live in a world far better than the one we have today, and what started here will indeed have changed the world – for the better.”

I invite you to listen to Admiral McRaven’s full speech, watch a video of the incredible fireworks display from the Tower, and take a look at some great photos and social media posts from this, the high point of the year. As alumnus Francisco Loredo tweeted, “I seriously doubt anyone does commencement like it’s done at @UT Austin #HookEm.” 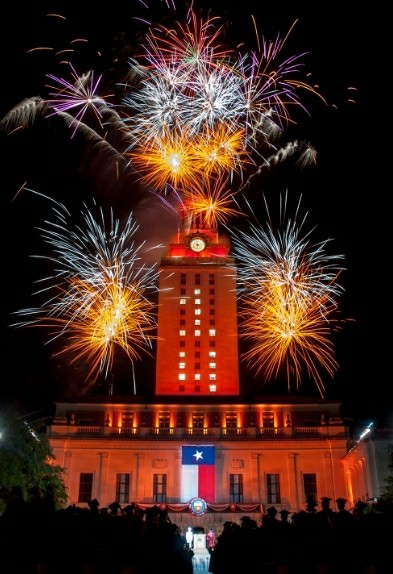 To our graduates, congratulations on this momentous achievement. Please stay in touch and stay involved in the life of your alma mater, The University of Texas at Austin. We are proud of you. Now go change the world. 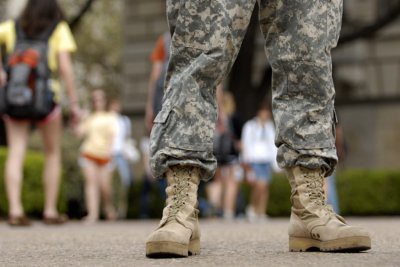 As we enter the holiday season, I want to express my personal thanks for the sacrifices made by all Americans in uniform.

The University of Texas has deep connections to men and women in uniform on both ends of their experience: many alumni serve, and many veterans enroll here after coming home.

In the former category, I’m reminded of our visit this fall from four-star general and Texas Ex Robert Cone, M.A. ’87, who served as the Deputy Commanding General for Operations for U.S. forces in Iraq from February 2010 to February 2011. And of Vice Admiral William McRaven, B.J. ’77, who led the group that found Osama bin Laden and commanded the task force that helped capture Saddam Hussein.

In the latter category, in November, the University opened a Student Veteran Center for our 640 current student veterans. The center, on the fourth floor of the Student Services Building, is complemented by our Veterans Services website.

We also are looking forward to the opening of the James J. Mulva ROTC Center within the new Liberal Arts Building now under construction on the East Mall. It will enhance our long tradition of ROTC in four branches of the military.

As a Navy veteran and as an American, I honor the service of all our armed forces. To veteran Longhorns around the world, I invite you to pay a visit to your campus.

Thank you, and Happy Holidays.