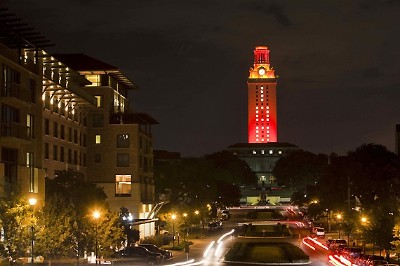 Tonight the Tower glows to celebrate a century of excellence at UT’s accounting program, the No. 1 ranked accounting program in America for 10 of the last 11 years. I couldn’t be prouder of the faculty and students who, over the decades, have driven this program to the top.

Department chair Lillian Mills and McCombs School dean Tom Gilligan have built on the work of all those who preceded them to make the program a jewel in the University’s crown. Consider these facts:

Rome wasn’t built in a day, and academic preeminence isn’t achieved in a day, or a decade. Tonight is a great reminder that it takes perseverance to get top results. As an institution, we take the long view, and it pays off.

UT-trained accountants, wherever you are in the world today, push back from your computer for a moment and raise your Horns. I’m proud of you.

Last week, UT hosted its third annual Subiendo Academy for Rising Leaders, a five-day program that brings rising high school seniors from around Texas to the Forty Acres. While here they work on solutions to real policy issues and present their proposals to business and political leaders. The program is free, but admission is highly competitive.

Begun and supported by private gifts and administered by the McCombs School of Business, the academy’s goal is to develop leadership qualities in and address issues affecting Texas’ growing Hispanic population, which is both the largest and youngest minority group in America.

I had the privilege of meeting with these 81 students twice this week, and just as in past summers I was impressed by their insights and maturity. I hope many of them return as Longhorns. Meeting these young people always makes me sleep better at night knowing that they are the future of our state.

My thanks to Subiendo’s founders Kenny and Susie Jastrow and David and Suzanne Booth, Dean Tom Gilligan, and program director Leticia Acosta for making this wonderful, annual contribution to America’s future. 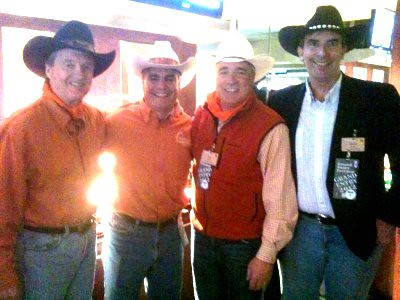 From left, me with UT deans Greg Fenves of Engineering,
Tom Gilligan of Business, and David Laude of Natural Sciences

But you might not realize that it’s also a huge supporter of The University of Texas. Over the years, the Houston Livestock Show and Rodeo has awarded scholarships enabling 1,289 students to attend UT Austin. These scholarships total more than $15.5 million. Currently, there are 390 students on campus receiving $785,000 because of the generosity of this organization.

In addition, I was surprised Tuesday night, during their annual UT Day reception, to receive $285,000 worth of donations to UT from five past chairmen of the livestock show and rodeo: Louis Pearce, Don Jordan, Mike Wells, John O. Smith, and Paul Somerville.

In addition to them, I want to thank the current chairman, Steve Stevens, for his support and for hosting many of us Tuesday night.

For 80 years, this has been far more than just a rodeo and livestock show. It’s an event that really makes a difference, and not just in Houston but across the state and around the world. 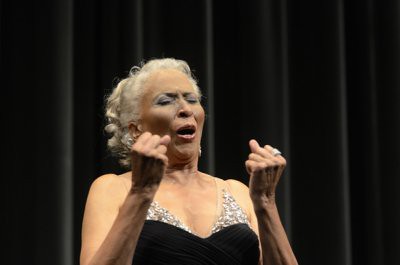 I spent much of last week in Washington D.C. and New York and was proud of the University at every turn.

Wednesday was especially gratifying and hinted at the range of who we are as an institution. In Washington, I attended a breakfast press conference for the new UT Energy Poll, a project of the McCombs School. Wayne Hoyer, chair of our Marketing Department, Ray Orbach, director of our Energy Institute, and McCombs School dean Tom Gilligan did a great job of explaining the significance of this initiative. The poll will survey the public’s attitudes about energy consumption, pricing, development, and regulation each October and April. There were lots of good questions, not just from the media but from energy industry leaders, congressional aides, and our own faculty. You can read more about it in USA Today. 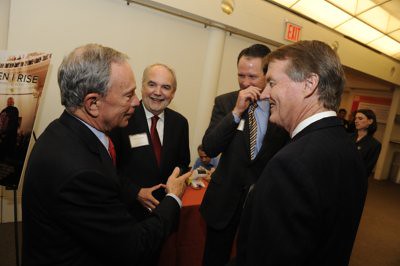 That evening in New York City, I joined Mayor Michael Bloomberg, Dr. Don Carleton, director of UT’s Briscoe Center for American History, Vice President Greg Vincent, and our own Distinguished Alumna, mezzo-soprano Barbara Conrad, for a screening at Lincoln Center of the Briscoe Center-produced documentary on Barbara “When I Rise.” We were also joined by Randall Stephenson, the CEO of AT&T, which helped fund the project, as well as a number of AT&T executives.

When the end credits had rolled, the curtain rose on Barbara, who performed four beautiful selections. 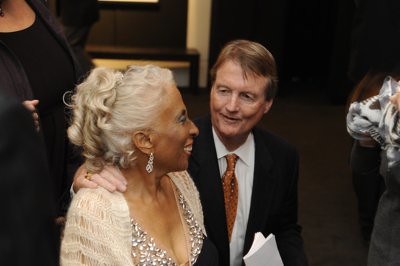 Every member of the UT family should see “When I Rise,” which documents a critically important chapter in our story as a university and the contributions Barbara and her supporters made to our progress as an institution and a state.

In a single day, UT demonstrated its leadership in energy research and its enormous progress in social justice and the arts on the national stage. It was a proud day to be a Longhorn. 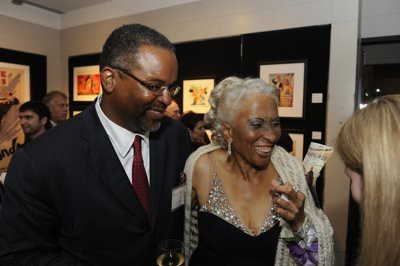 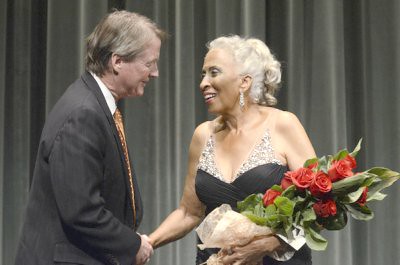