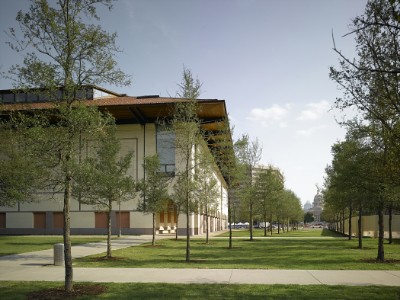 On Saturday night, I had the privilege of being a part of the Blanton Museum of Art’s gala celebrating a half century. (Although the current building opened in 2006, the institution dates to 1963.) The golden anniversary is also being marked by the exhibit “Through the Eyes of Texas: Masterworks from Alumni Collections.” This is one of the most exciting exhibits to be shown in Central Texas in memory, and it’s all the more special because it’s our own alumni and friends directly enriching the education of our students.

The lenders to the exhibition include alumni Jeanne and Michael Klein of Austin, Mary Winton Green of Chicago, Judy and Charles Tate of Houston, Cindy and Howard Rachofsky of Dallas, and Darren Walker and David Beitzel of New York. The exhibit will be on display through May 19.

To be a world-class university, we need a world-class art museum, and fortunately we have one in the Blanton, which is flourishing under the leadership of Director Simone Wicha. I’m so proud of what it has accomplished in its first half century, and I’m excited about where it’s heading.