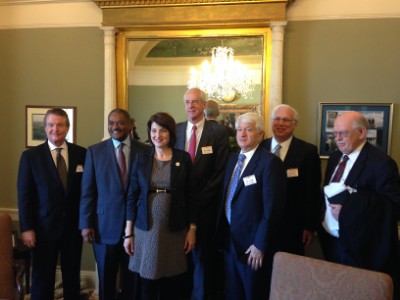 Wednesday, in my role as chair of the Association of American Universities, I traveled to Washington to meet with congressional leaders including Democratic whip Steny Hoyer of Maryland and Cathy McMorris Rodgers of Washington, chair of the House Republican Conference. The purpose of the meeting was to discuss federal sequestration’s damaging effect on university research and possible solutions as Congress negotiates spending levels for 2014.

Much of our nation’s scientific and economic leadership was built on innovation and research on college campuses and relied on public support. Sequestration is already hurting that research and limiting students’ involvement in the types of innovation that can change the world. We, as a nation, must move forward and support research universities as tools of scientific and economic growth.

Last week, the AAU, Association of Public and Land-Grant Universities, and The Science Coalition, which collectively represent more than 300 higher education institutions, released a survey of U.S. colleges on the impact of sequestration, which took effect in March. They found that the mandatory cuts to federal discretionary spending, from which research budgets are funded, have led to a reduced number of new federal research grants; the delay of some research projects; and fewer admission, stipend, and research opportunities for students.

As AAU President Hunter Rawlings, who participated in the meeting, has said, “As we cut, and then cut some more, and as our competitors overseas increase their investments in research and education, we create an innovation deficit that threatens America’s global leadership. This foolish policy must end.”

As always, I’m proud to represent The University of Texas at Austin in our nation’s capital and wherever I go. 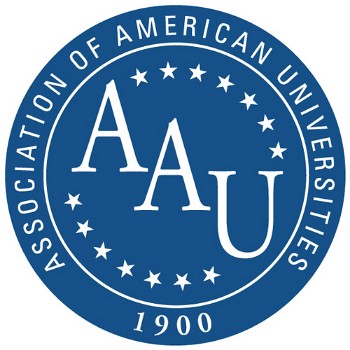 I’d like to share the news that on Tuesday of this week I was elected vice-chair of the Association of American Universities. This means that next year I’ll have the honor of serving a one-year term as the group’s chair.

The AAU is the premier organization of national research universities, both public and private. There are only 61 current members. In Texas, only UT Austin, Rice (admitted 1985), and A&M (admitted 2001) are members. Membership is hard-won, and we can be proud that UT Austin has been a member since 1929.

The AAU was founded in 1900 by 14 PhD-granting universities to protect and advance the interests of research-intensive universities. It’s important that America’s top research universities speak with a united voice in matters of national higher education policy, and the AAU provides that voice in Washington and across the country. I hope my two years as vice-chair and chair of this, our nation’s most prestigious group of universities, continues to raise the profile of UT Austin on the national and world stage. Finally, I’d like to thank AAU president Hunter Rawlings for his skillful leadership of this critical organization.