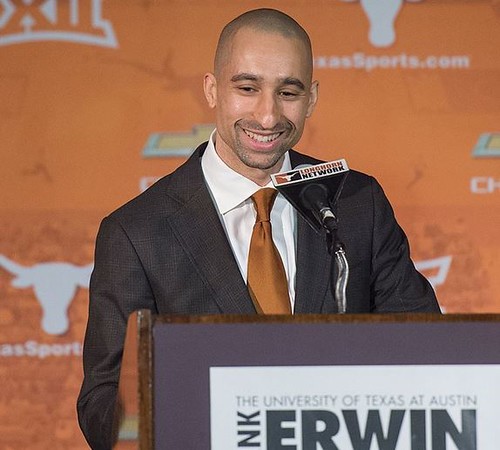 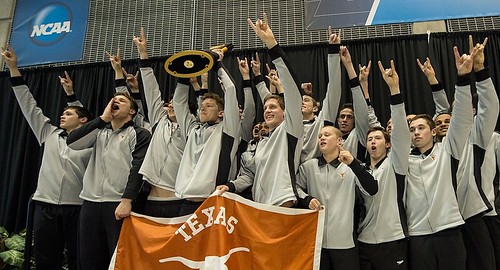 Horns are up this week for our men’s swim team, which this past weekend won its 11th national championship, all 11 occurring under legendary Head Coach Eddie Reese. The Longhorns led the meet from start to finish and claimed the team title with 528 points to UC-Berkeley’s 399 points and Michigan’s 312 points.

To our swimmers and to Coach Reese and his staff, thank you for your hard work and congratulations on your victory.

On Wednesday, the University honored seven extraordinary people who have given generously of their time and talent to make UT Austin the world-class institution it is. I’m proud to recognize the following individuals:

Robert Crosnoe – Professor and Chair of the Department of Sociology. His main research area is human development and life course.

Coleman Hutchison – Professor of English, teaching U.S. literature and culture to 1900, with interests including poetry, print culture, and popular and folk music

Bruce Porter – Professor and Chair of the Department of Computer Science, working to develop methods to build knowledgeable computers capable of conversing intelligently on many topics

Lynne Milburn – Lynne retired from UT Austin in 2008 after seven years as a career counselor and 19 years as director of the Career Exploration Center.

Hillary Hart – Distinguished Senior Lecturer who teaches and researches technical communication in UT’s Department of Civil, Architectural, and Environmental Engineering. Since she began teaching at UT in the late 1980s, she has been a tireless servant of the University community. She has served on 24 committees, 14 of which were university-wide organizations, including chairing our Faculty Council last year. In addition to these, she has served on 17 professional societies and governmental committees.

Congratulations to each of you, and thank you for making The University of Texas at Austin proud. You inspire and transform the lives of countless students, and you deserve our sincerest thanks. 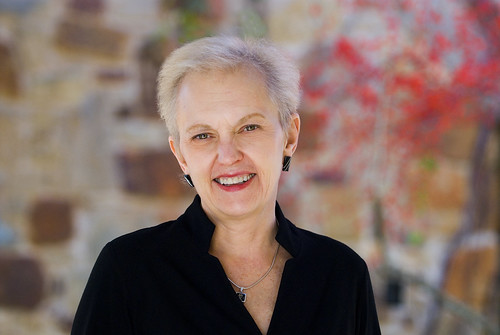 One positive development early in my tenure as president was UT Austin’s acquisition of the Lady Bird Johnson Wildflower Center. With the support and guidance of the Johnson Family, we were able to take a national treasure and give it both a stable future and a heightened focus on research and teaching.

The key person in this transition and in the center’s development over the past 10 years has been Executive Director Susan Rieff, who is departing the center on March 31. Happily, Susan is remaining in the UT family and joining our School of Architecture as a senior research fellow in the Center for Sustainable Development.

I want to thank Susan for all she has done to make the Lady Bird Johnson Wildflower Center a jewel in the University’s crown. A national search for her successor will be underway soon.

Today, the Board of Regents released the report of an investigation it commissioned to study whether UT Austin admissions are subject to undue outside influence.

I believe UT Austin’s admissions practices are motivated by fairness, the long-term interests of the University, and serving the public good. In response to the report by the firm Kroll & Associates, I would like to make six points:

1.   As Kroll reported, over a five-year period, my office intervened on behalf of “a relatively small” number of students. In particular, the report cited 73 applicants who normally would not have been admitted, or fewer than one in 1,000 admitted students.

2.   In every case, I acted in what I believed was the best interest of the University.

3.   Our admissions practices are fully consistent with all established laws, rules, and policies.

4.   I inherited this process, which was well known by regents, former chancellors, the Board of Regents Office, and UT System officials, many of whom, as the report notes, asked me to intervene on their behalf. This process, both prior to and during my presidency, was in the best long-term interest of the University.

5.   As the Kroll report points out, no spots at the University were saved and no one was displaced by this practice. The students in question were simply added to the incoming class.

6.   It is my observation that some similar process exists at virtually every selective university in America, and it does so because it serves the best interests of the institutions.

I am proud of our staff for the full cooperation it gave to the inquiry, as cited in the report: “The commitment, dedication, and good faith of all officials and personnel with whom we interacted were readily apparent.” The Kroll report contains many recommendations worth considering.

I thank Chancellor McRaven for his thoughtful leadership.