As 2013 draws to close, I want to thank you for the role you have played in our extraordinarily successful year at UT Austin.

It was a year marked by momentous generosity.

Michael and Susan Dell gave UT $50 million enabling the creation of the Dell Medical School. This was only the first of three times the Dells and UT would make major headlines in 2013. The second was the opening the Dell Computer Science Hall this spring, named in honor of another $10 million gift from Michael & Susan Dell Foundation. The hall opened as part of the Gates Computer Science Complex, made possible by a $30 million grant from the Bill & Melinda Gates Foundation. And the third headline was the gift of the Magnum Photos Collection, one of the most valuable gifts in the history of the University, given to the Ransom Center by Michael and Susan Dell, Glenn and Amanda Fuhrman, and John and Amy Phelan.

We named the College of Communication for the Moody family in recognition of a $50 million gift from the Moody Foundation. And former Regent Robert Rowling and his wife, Terry, pledged $25 million for a new home for the McCombs School of Business graduate programs to be named Rowling Hall.

All of these gifts and many more contributed to a record-breaking fundraising year for 2012-13. We need one more record year to achieve our $3 billion goal for the Campaign for Texas by the end of August.

It was a year marked by tremendous achievement.

UT’s largest college got a new home in January when we opened the Liberal Arts Building. We also launched the Clements Center for History, Strategy & Statecraft. And the Blanton Museum celebrated 50 years with a wonderful exhibit composed of masterworks from alumni collections.

Our men’s and women’s swimming and diving teams both won Big 12 championships.

And it was a year marked by passages and transitions.

This year we lost the beloved Bill Livingston, who for nearly 60 years had served the University in numerous roles including that of interim president and senior vice president.

It was a year of major transitions as we thanked giants of our UT family for their dedicated service: DeLoss Dodds, who served 32 years as men’s athletics director; Tom Staley, director of the Ransom Center for more than 25 years; Mack Brown, who led our football program for 16 years; Steve Leslie, our executive vice president and provost, who had served in that role since 2007; and Robert Dahlstrom, who had served as UT police chief since 2006.

I’m always proud of UT Austin as I travel and meet my peers, and I am especially so this year as I fulfill my role as chair of the Association of American Universities.

I hope you and your family have a wonderful holiday. Thank you for all you have done for UT Austin this year. 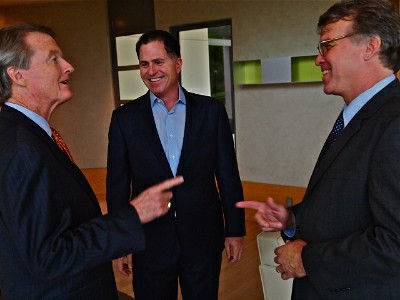 In 2009, three couples loaned UT’s Harry Ransom Center a remarkable collection of nearly 200,000 prints from many of the 20th century’s most accomplished photographers, the Magnum Photos agency. On Friday night, in conjunction with the grand opening of the Radical Transformation: Magnum Photos into the Digital Age exhibition at the Ransom Center, I had the honor of announcing that the donors — Michael and Susan Dell, Glenn and Amanda Fuhrman, and John and Amy Phelan — have donated the collection to UT Austin. Both culturally and financially, this is one of the largest gifts to the University in our history. 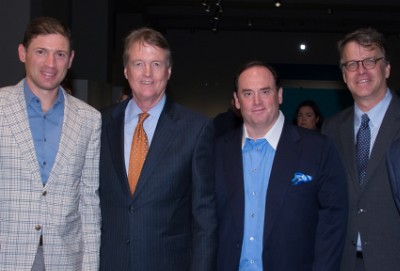 Words are not enough to thank these families for this momentous gift. The Longhorn family can thank them best by attending the exhibition and appreciating the educational and cultural treasure that this collection represents. This remarkable collection will enrich our students’ education, will bolster our faculty’s resources, and will attract scholars from around the world yet again to UT Austin’s Ransom Center.

In addition to my gratitude to our donors, I also thank the dedicated staff of the Ransom Center; gifts of this magnitude would not, time and again, find their home at The University of Texas if our staff’s archival expertise and artful care did not win the trust of donors. Harry Ransom’s dream is being fulfilled, and the state of Texas is the better for it.