As we enter the final weeks of the Campaign for Texas, I am gratified to see so many friends and alumni giving back to our university. This week we announced a large posthumous gift–$35 million from the late T. W. Whaley, who earned a doctorate in electrical engineering from UT in 1968.

Born in Lorena, Texas, in 1935, Whaley was adopted at age 15 by parents who made education a priority. After service in the U.S. Army, he earned two degrees at Texas A&M University before enrolling at UT. His career included aerospace engineering with General Dynamics and employment at the Central Intelligence Agency. In later years he managed a family farm, mineral interests, and investments. A donor to the Cockrell School since 1974, Dr. Whaley died last year.

His generosity will help engineering students on our campus this fall and for generations to come. 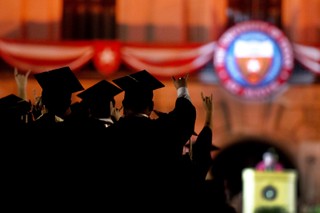 In its decision, the majority wrote, “It is equally settled that universities may use race as part of a holistic admissions program where it cannot otherwise achieve diversity.” The court continued, “This interest is compelled by the reality that university education is more the shaping of lives than the filling of heads with facts — the classic assertion of the humanities.”

We remain committed to assembling a student body at The University of Texas at Austin that brings with it the educational benefits of diversity while respecting the rights of all students. This ruling ensures that our campus, our state, and the entire nation will benefit from the exchange of ideas and thoughts that happens when students who are diverse in all regards come together in the classroom, at campus events, and in all aspects of campus life. It’s a great time to be part of the UT Austin family.

Yesterday, on Texas Independence Day, we crossed another milestone in the Campaign for Texas, when our total giving surpassed $2.75 billion. More than 257,000 alumni, friends, foundations and corporations have given during this capital campaign. If you are among them, thank you! If you haven’t given yet, you can still help us make history and achieve our goal of $3 billion by August 31.

Your contributions are already hard at work. One exciting example is UT Austin’s new Dell Medical School. Because of your generosity, we are breaking ground for the medical school on April 21. And your donations help in thousands of other ways, such as scholarships for deserving students, faculty chairs in critical areas of study, and support of crucial programs across the University that will shape the future of our state and world.

Every gift, large or small, counts. Estate gifts (and letting us know about them) are especially important. And it just might be yours that propels UT across the finish line. Please give today. http://giving.utexas.edu/

On Monday, UT’s Academy of Distinguished Teachers inducted four new members into its ranks. I’d like to share a little bit about each of this year’s inductees:

Last week I traveled to Brownsville for one of my favorite events of the year, the Brownsville “Senior Send-off.” The Brownsville Chapter of the Texas Exes started this tradition 18 years ago and it’s still going strong. I met with 40 incoming freshmen from Cameron and Willacy counties and visited with their parents and area alumni as well.

The Texas Exes coordinate about 15 of these events every summer, and they can range from a backyard picnic for a few local students headed to the Forty Acres to Dallas’ 400-student Send-off complete with organizational booths. No matter what the scale of the event, I know that these Send-offs are exciting for students, reassuring to parents, and meaningful service for alumni.

A big thank you goes out to all our Texas Exes volunteers around the country for helping these new Longhorns get off to a good start.

During the heat of summer, our thoughts naturally turn toward the coast. And I’m delighted to announce the opening of a major new research facility at UT Austin’s Marine Science Institute in Port Aransas.

This building designed for sustainability expands the research capacity of the Marine Science Institute with three floors of state-of-the-art marine laboratories. It also is the headquarters for the Mission-Aransas National Estuarine Research Reserve (NERR), a 185,708-acre area of estuarine habitat established in 2006 by the National Oceanic and Atmospheric Administration (NOAA) and managed by the institute.

The Marine Science Institute is a gem in our collection of academic and research units. I’m proud of the vital work its faculty and staff do every day, and I want to thank and congratulate institute director Lee Fuiman on this major accomplishment.

Learn more about it at here.

I hope you’re all having a safe and enjoyable summer.